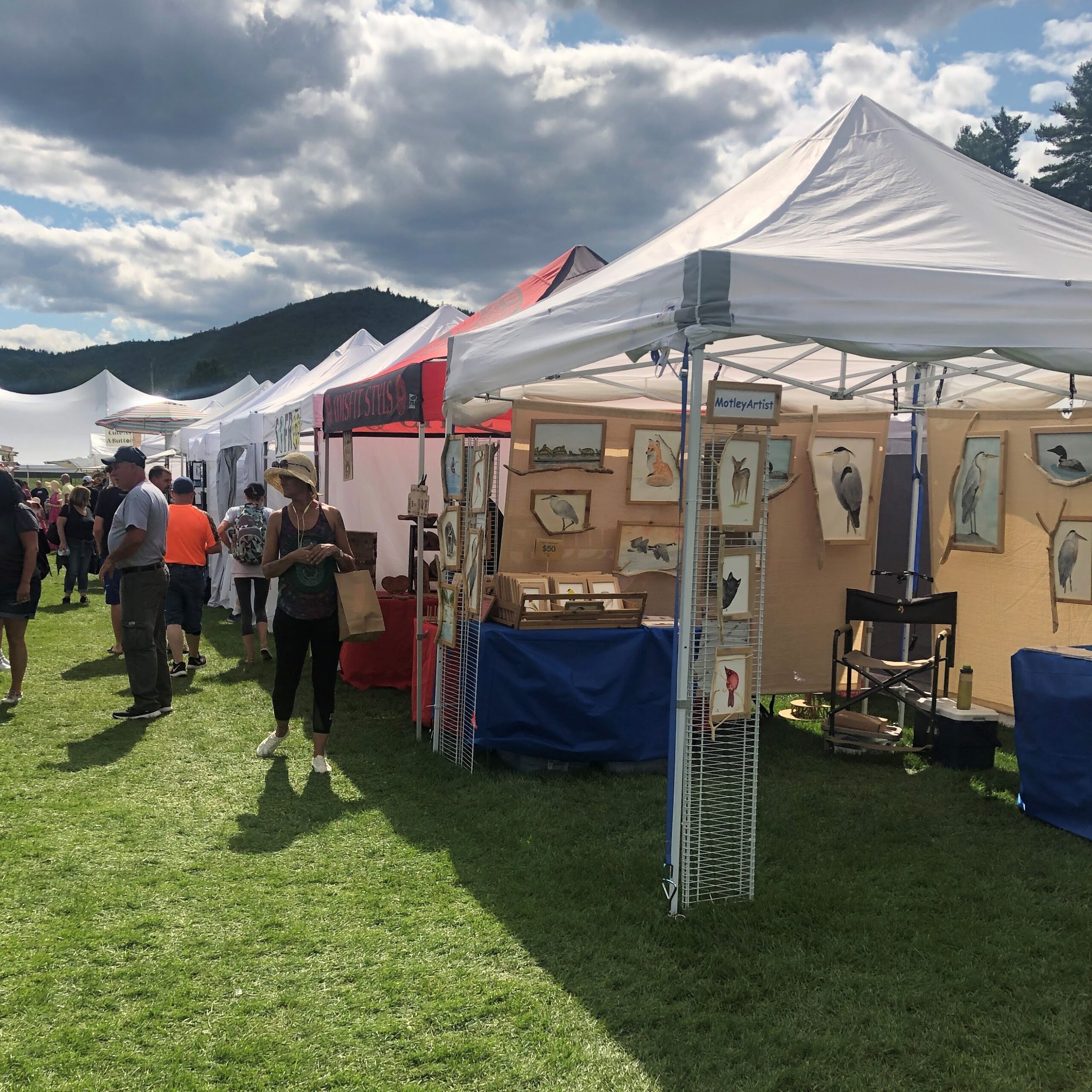 May August started with a first for me. I attended a 3 day art fair to sell my art for the first time. The event was in Lake George NY and was held in a great location. This was put on by the Vermont Craft Producers, and was a partial success. I sold sever large paintings as well as a number of smaller driftwood paintings along with my small paintings and cards. I say partial success because the 3 day event only lasted 2 days and the last day was canceled due to a major storm system coming through only an hour after scheduled opening. So 3 days was compressed to 2 and sales were less than expected. I did enough to pay expenses plus a little bit but the third days would have all been gravy. I am happy that i didn’t have to survive a thunderstorm with hail in my EZ-up shelter, that could have ben more costly than any profits.

One of the lessons learned is that it would be great to have another set of hands to work a busy show, My wife planned to join me for the last day but i talked her out of it. With rain and storms I didn’t expect any crowds with storms. I am looking at finding other large crowd, longer events. More expensive to attend but better exposure and chance of sales. Networking with the other vendors around me put me on several possibilities and a few to stay away from.

I did show several new pieces and sold them both in the first day.